Rarely available, signed copy with your own personal message from Jim.

“Among all the gardeners I know, Jim Buttress is a one-off. Always affable, he is ever ready with a chat about the current state of the weather, the latest plant he has discovered, the state of the nation or the state of his vegetables. There is nothing unusual about that, I agree. But he also has a morbid fascination with Crystal Palace football club and a predilection for bowler hats, which he wears when judging at Royal Horticultural Society shows. He is, to my knowledge, the only man who still adopts this traditional headgear when considering the finer points of a trio of parsnips or a plate of tomatoes. The symbol of authority was abandoned by the aristocracy long ago, but Jim likes to keep the tradition going. He’s funny like that.”

With an introduction by Alan Titchmarsh, The People’s Gardener is an inspiring memoir by top gardening judge Jim Buttress, that will amuse and enthral gardeners everywhere.

As a judge at the RHS, Jim Buttress presides over the country’s favourite flower shows, including Chelsea and Hampton Court. He also judged the Britain in Bloom competition for over twenty-five years, and was watched by millions on the BBC’s The Big Allotment Challenge. But how did this practical gardener from Purley go on to have one of the most impressive careers in British horticulture?

In this warm and funny memoir, Jim takes us from his boyhood obsession with Percy Thrower to his ten-year stint as Superintendent of the Central Royal Parks. Here, his day-to-day duties could include anything from having a drink and a chat with the Queen Mother to working out how to water some elephants who’d taken up residence in Hyde Park.

Jim also reveals what it’s like to exhibit, and to win gold, at the Chelsea Flower Show, and shares his many adventures as a judge; from the joy of awarding medals to grateful winners to the shock of being threatened with a punch on the nose from the odd irate loser. Packed with brilliant characters, this book will delight everyone who shares Jim’s love of gardening. 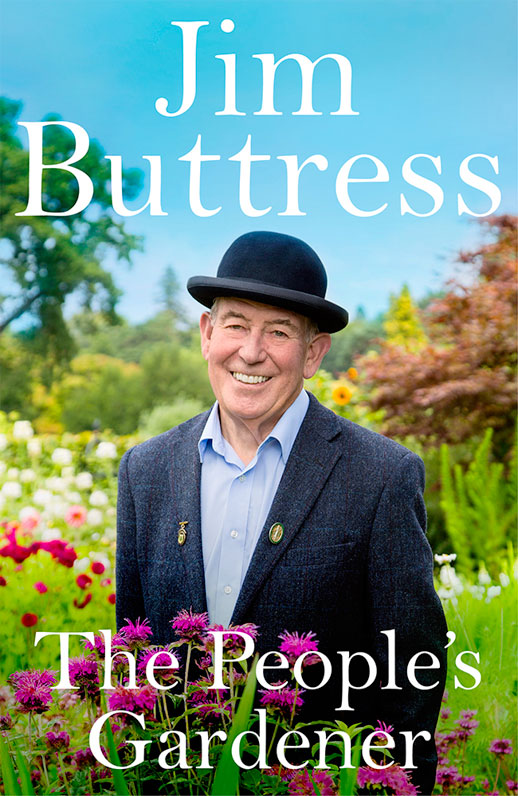 Have your own personal message hand written inside by Jim

The signed book is now in limited supply and only available from my website.

Ask Jim to write a personal message in the book, maximum 140 characters.

“Brilliant book, very down to earth and humerous. “

“Lovely man and book, met Jim at GW in Birmingham. He was so lovely and had time for us. Brilliant book with interesting history.”

“Despite his success Mr Buttress seems like a down to earth person who knows how to have a laugh, also at himself. An entertaining and informative read.”